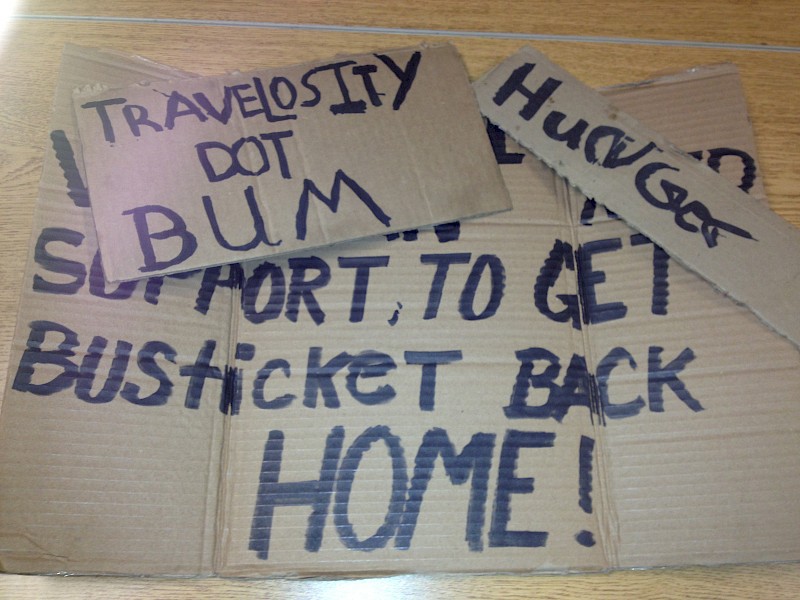 In last week’s paper you may have read about our police activity regarding transient issues on E. Gobbi Street. The increased presence of transients in Ukiah is causing real problems for citizens and for our police force.

Transients are different than folks who are temporarily down on their luck, like a homeless family who has been affected by a downturn in the economy and needs assistance to get back on their feet. In Ukiah, there are many non-profit organizations to assist homeless individuals and families; however, they must be sober and non-violent to utilize these services.

Transients choose not to be sober, which often leads to violence.

Instead, transients are people who have chosen a nomadic lifestyle, and with that lifestyle they commit illegal acts such as public use of alcohol and illicit drugs, panhandling, burglary, assault, and aggressive, poorly controlled dogs. While a nomadic lifestyle is not illegal, the violent behavior certainly affects safety in Ukiah.

Since the article on Thursday, I have received a large number of phone calls and comments, all about transient issues in Ukiah.

Some people are concerned for their safety when shopping at local stores where panhandlers make them feel uncomfortable. Some say that the transients are creating blight; but most importantly, the majority of callers are worried about crimes – shoplifting, burglaries, and assaults – that are on the rise.

One officer, checking the Sun House Museum for a burglary alarm call, was assaulted by a transient from the Humboldt area who was under the influence of methamphetamine and had a number of outstanding warrants for his arrest. As a result of the assault, the officer seriously injured his shoulder.

One officer was called to assist hospital staff after a transient brought to the emergency room for treatment became violent. The officer was forced to wrestle with a violent transient who was flinging his blood – infected with Hepatitis C – at the officer.

Just this week, a dog owned by a transient from Long Beach bit a senior citizen who was shopping.

The common element in each of these incidents is that transients can become dangerous.

So what can we do?

When possible, our officers practice a pro-active policing approach to issues in our community.  The Ukiah City Council has enacted a number of local ordinances to discourage panhandling and our officers try to actively enforce these ordinances.

The Ukiah Police Department is also working with local social service agencies and community based organizations  to find ways to intervene in the transient cycle of violence, to address the underlying problems that affect transients within our community through the Chronic Users Systems of Care program.

For the last two years, our department has worked with the Ford Street Project, Hillside Health Center, Ukiah Valley Medical Center, and others to identify and reduce chronic transient behavior. And although we have made progress, we still have a long way to go.

Rather than providing handouts, if you’d like to help with this issue, please give to organizations such as Plowshares, the Food Bank, the Ukiah Community Center and the Buddy Eller Center.

Instead of handouts, giving your donations to the agencies providing direct services to the homeless and transient populations will assure that your dollars are spent on assistance, not alcohol and drugs.

By refusing to provide handouts, you won’t encourage panhandlers to continue their behavior, and most importantly, you won’t put yourself at risk by opening your wallet or purse in front of unknown individual.

If you observe illegal activity by transients, please report that activity to our department as soon as possible. For in-progress emergencies please all the Ukiah Police Department at 911 or 463-6262. Or provide our officers with crime tips at the department’s website – www.ukiahpolice.com.

Transients come to Ukiah for a variety of reasons: our community is known for its generosity, transients tell us it’s easy to obtain welfare services; and most nomadic transients say that the main reason they make their way to Ukiah is because of marijuana.

While not giving handouts to transients won’t solve all our transient problems, it will help.

Providing handouts to transients for alcohol and drugs does not.