On March 16, 2021 at approximately 7:08 AM, UPD Dispatch received a call from a business owner, at Barr Family Chiropractic (1252 Airport Park Blvd), reporting the business appeared to have been burglarized.  UPD Officers responded and determined the business had been burglarized, vandalized and a money was stolen.  The investigation showed an exterior door had been forced open at some point during the early morning hours.  The victim estimated $2,000.00 was missing and the contents of the business were scattered throughout the building’s interior.

Officers began checking other neighboring businesses and discovered exterior doors leading to two other suites had also been forced open.  One of the businesses was Body Glow Tanning Boutique.  This business had surveillance equipment that was functional.  The interior of this business was also scattered about and it appeared someone had ransacked the merchandise.  Officers reviewed the surveillance footage and saw a male, who was later identified as Donald Emil Morin, entered the business at approximately 2:14 AM.  Morin utilized a crow bar to force open desks and cabinets and subsequently exited the business with stolen merchandise.  Some of the stolen merchandise was clothing, which included a very specific style of sweatshirt and ball cap. The estimated damage and the stolen merchandise totaled approximately $1,000.00.

The third business that had an exterior door forced open was found to be a vacant building.  UPD Detectives responded to assist with the investigation.

Following completion of processing the three crime scenes; Officers resumed patrol duties and an Officer observed a male, who was wearing a sweatshirt and ball cap that matched the stolen merchandise, walking in the 1000 block of S. State Street.  The Officer contacted Morin and saw his appearance matched the images obtained from the surveillance footage from Body Glow Tanning Boutique.  Morin was subsequently detained without incident.

During the investigation it was learned Morin rented a room at Motel 6 (1208 S. State St.) and Detectives obtained a search warrant for his room.  During the service of the search warrant, stolen merchandise from Body Glow Tanning Boutique and Barr Family Chiropractic were located inside the room.  Additionally, merchandise from Haute Mess was also located inside the room.  UPD had taken a burglary report, the prior day, from Haute Mess during which an unknown person had forced entry into the business and stolen merchandise.

These cases serve as a reminder of the value of surveillance systems, as well as alarm systems.  These systems often prove to be invaluable to law enforcement agencies in solving crimes. 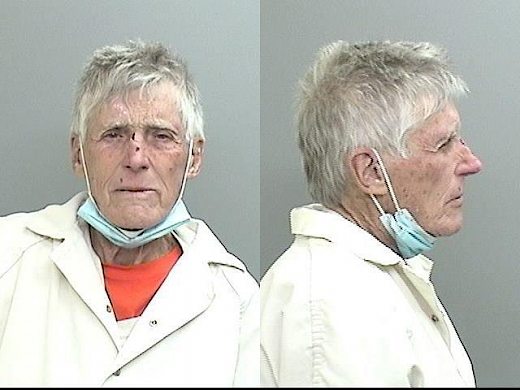