On 01/09/2022 at about 3:16 PM, UPD Officers were on a traffic enforcement stop at the intersection of S. State St. and Washington Ave.  The Officers noticed two vehicles traveling southbound at a high rate of speed and they appeared to be engaged in a speed contest.   An Officer left the scene to conduct a traffic enforcement stop on the vehicles.  While following the vehicles, the Officer observed one vehicle commit other violations which rose to the level of reckless driving.  One of the two vehicles came to a stop in the 200 block of Tedford Avenue.  The other vehicle was not able to be located.

Officers contacted the four occupants of the vehicle.  The occupants were two male juveniles, one female juvenile and an adult male.  The driver was identified as a 17-year-old male from Yorkville (S1).  The front passenger was identified as a 14-year-old male from Yorkville and the remaining occupants were under the age of 21-years-old (S2).  The Officer observed a bottle of liquor on the floorboard of the vehicle.  S1 was placed under arrest for violations of 23103 CVC and 23109(a) PC without incident.  Another Officer arrived to assist.  As the Officers had the three other subjects exit the vehicle, as it was going to be released to a towing company, they observed the handle of a firearm protruding from under the front passenger seat.  Due to the dangers involved with firearms, all of the other three occupants were detained.

Officers conducted a search of the vehicle and removed an Intratec Tech-9 illegal firearm from beneath the front passenger seat. The firearm had a threaded barrel tip and met the requirements for an assault weapon.  Further investigation revealed S2 possessed a loaded high capacity (30 round) magazine and a barrel extender, both of which were components of the aforementioned assault weapon.   S2 was placed under arrest without incident.  The female juvenile was released to her legal guardian and the adult male was released from the scene.  The vehicle was impounded.  S1 and S2 were subsequently booked for the above noted violations at the Juvenile Hall. 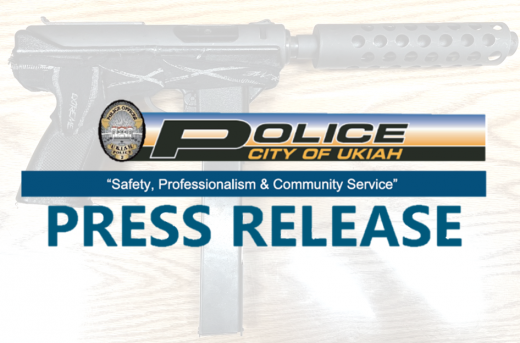