On 3/4/2021 at approximately 2058 hours, UPD officers were dispatched to a robbery in progress at the front desk of Motel 6 (south). Officers were advised a male subject had entered the front lobby of the motel and demanded money from an employee while wielding a knife.

Officers arrived within moments and parked their patrol vehicles outside the lobby of the motel. Officers observed a male subject (later identified as Marcus Anthony Meloy) standing in the lobby with what appeared to be a knife in his hand. Officers drew their department issued pistols and pointed them at Meloy through the window of the building. Meloy immediately threw the sharp object on the ground and placed his hands above his head. Officers ordered Meloy to exit the lobby. Meloy exited the lobby and was taken into custody.

Meloy was questioned about his actions and he admitted that he was attempting to rob the motel clerk for money. Officers located the object Meloy had in his hand and found that it was a pair of scissors.

Meloy was placed under arrest for attempted robbery and violation of his felony probation. Meloy was booked at the Mendocino County Jail and is being held on a $75,000.00 bail. 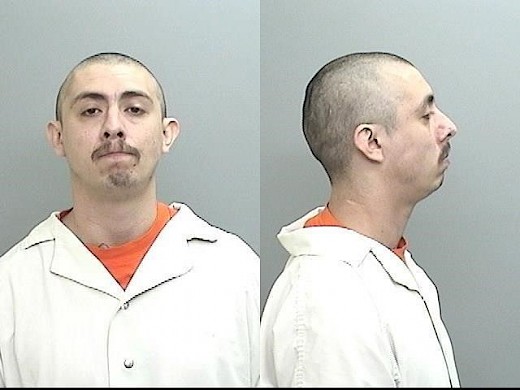