On January 6, 2021 at approximately 9:18 PM, UPD Dispatch received reports of a shooting that occurred in the parking lot of the Sunrise Inn, located at 650 S. State Street.  Officers responded to the motel and contacted several witnesses / victims.  While interviewing witnesses, Officers learned that a 27-year-old female (victim 1) had been in a dating relationship with a male named Phillip Ronnie Lopez.  Lopez was known to Officers, from numerous prior contacts, and they were aware he was on CDCR Parole.  Victim 1 advised she arrived at the motel and was contacted by Lopez.   She chose not engage in conversation with Lopez and tried to distance herself from him.  Victim 1 contacted a friend, a 34-year-old female (victim 2), who had a vehicle parked at the motel.  Victim 2 allowed victim 1 to enter the vehicle and Lopez approached the vehicle.  Lopez began striking the vehicle’s side window, with an unknown object, causing the window to break.  Victim 1 believed Lopez was going to kill her, told this to victim 2 and requested victim 2 drive the vehicle away from the location.  Victim 1 attempted to conceal herself in the rear portion of the vehicle.

Lopez positioned himself behind the vehicle and fired a single shot, from a handgun, into the rear of the vehicle.  Lopez left the area on foot.  Both victims were uninjured, although the trajectory of the bullet nearly struck victim 1.

Officers canvased the area in an attempt to located Lopez, while other Officers reviewed surveillance footage from the motel.  Footage provided information that corroborated witness’ / victims’ statements.  A single expended handgun casing was located at the scene, as well as a bullet from inside the vehicle.  Based on the information obtained throughout the investigation, Officers believed there was probable cause to arrest Lopez for violations of 664/187 PC (Attempted Murder) and 3056 PC (Violation of Parole).  Lopez was unable to be located, at that time.  A BOLO was issued to surrounding law enforcement agencies advising them that Lopez was wanted for the aforementioned violations.

UPD Detectives assumed control of the investigation.  UPD contacted Lopez’ CDCR Parole Agent and advised him of the incident.  The Parole Agent subsequently contacted the US Marshalls Service and the CDCR Fugitive Apprehension Team for assistance in locating and arresting Lopez.

On January 19, 2021 at approximately 5:00 PM, UPD Detectives were contacted by Lopez’ Parole Agent.  The Agent advised the Fugitive Apprehension Team, US Marshalls Service and MCSO Deputies located and arrested Lopez inside a home located at 117 Poulos Court.  Lopez was arrested without incident.  UPD Detectives contacted Lopez and he was subsequently booked at the MCSO Jail for the above detailed violations.

UPD would like to thank CDCR Parole Department, the CDCR Fugitive Apprehension Team, the US Marshalls Service and MCSO for their assistance with this case and the apprehension of Lopez. 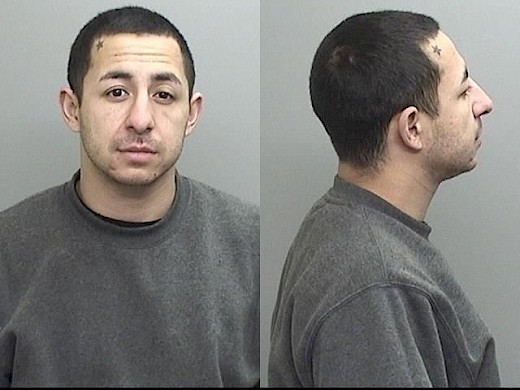