On May 19th at about 1:50 AM, Officers were dispatched to the Ukiah Municipal Airport, located at 1401 S. State St. in regards to a report of subjects running within the fenced area of the runways.  Upon arrival, Officers heard what sounded like rocks being thrown against an object and responded to the area of the airport near the office building.  Officers located Justin Malugani within the fenced area of the airport and noticed he was pulling a trash bin up a hill from the area north of the office.  The bin was loaded with miscellaneous items, which Malugani stated belonged to him.  He appeared to be covered with a white powdery substance, which was later determined to be dry chemical powder from a fire extinguisher.

Officers noticed a motorhome, that was parked in the area where Malugani had been initially contacted had three of its windows broken.  They appeared to have been broken with rocks.  Malugani was detained while an investigation was conducted.  Malugani was found to be on summary probation from this county.  While detained, Malugani mentioned that there had been a fire within the airport property.  Officers were aware Malugani had prior arrests for fire related offenses.

Officers surveyed the area surrounding the office building, the runway and an area near the Cal-Star Air Ambulance facility.  Officers discovered three City of Ukiah Airport vehicles that were parked on the runway had been sprayed with the dry chemical powder from four fire extinguishers.  These extinguishers had been attached to two of the three vehicles.  One vehicle had not only been sprayed, but parts of the vehicle had been damaged and removed.  Compartments on these vehicles had also been opened, tampered with and items had been removed from the vehicles.  A privately owned boat which was stored on the property and near an airplane hangar was observed to have been partially burned and a small area of grass near the boat had also been burned.  Two partially burned emergency flares were located near the boat and appeared to have been the ignition source of the fires.  These flares were later determined to have been stored inside the boat.  An unused emergency flare, which matched the two partially burned flares, was located within the items in the trash bin that Malugani was pulling when initially contacted.

The damages to the motorhome, the boat and the three City of Ukiah Airport vehicles were estimated to be in excess of $7,000.00.  Based on the investigation, Malugani was placed under arrest.  During the arrest process, Malugani physically resisted Officers who were in performance of their lawful duties.  Malugani was transported and lodged at the Mendocino County Jail where he was booked on the aforementioned violations.

Due to the recent “zero bail” emergency order; the violations Malugani was arrested for would have resulted in his release from the jail.  Based on Malugani’s actions and the risk to the public’s safety; a magistrate was contacted and an emergency bail increase was authorized.  Malugani’s bail was set at $30,000.00.

The Ukiah Police Department would like to thank the alert citizen who telephoned 911 to report suspicious activity at the airport.  As a reminder, we are approaching the time of year when the risk of fires is increased.  Citizens are urged to exercise fire safety and to report any suspicious persons in the area of fire activity to law enforcement and / or UVFA. 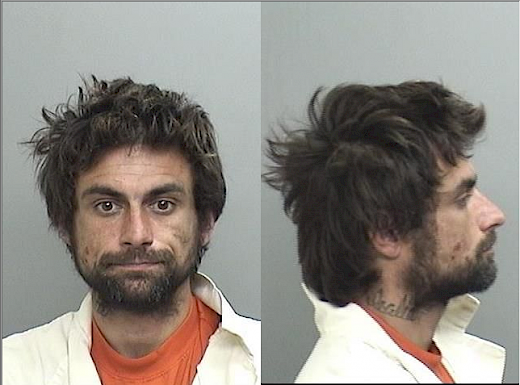