On 06/18/2021, at approx.1135 hours, UPD officers were dispatched to the area of the 1900 block of Elm St. regarding a report of multiple shots being fired.  Officers responded and found the involved parties had fled the scene.  Officers also found evidence in the area that a shooting had occurred.  It was learned that the shots were fired into the direction of a residential neighborhood.  No residents were injured as a result of the shooting; however, property damage did occur.  Ukiah Police Detectives responded to assist and were able to locate surveillance video of the incident from a nearby business.  Detectives were able to view the three suspects, as well as the vehicle used in the incident.  Using information obtained from the initial investigation, UPD Detectives conducted follow up investigations, in an attempt to locate and identify the suspects.

On 06/29/21, at approx. 1050 hours, a UPD Detective was still working on the case when the Detective located the suspect vehicle involved in this case.  The vehicle was located in the 1400 block of S. State St. unoccupied.  A male subject was seen getting into the vehicle.  The male subject was identified as Esteban Camarillo and recognized by the Detective as the third suspect seen in the video of the shooting.  A high risk stop was conducted on the vehicle in the 1400 block of S. State St., where Camarillo was taken into custody. 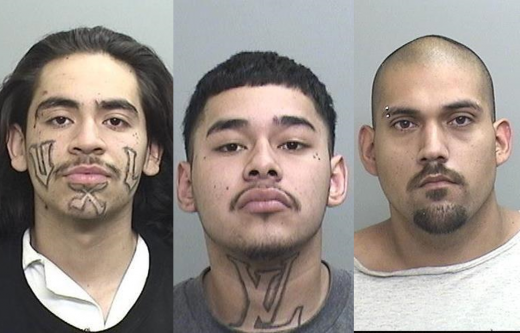