On 10/30/22, at approximately 5:38 PM, UPD Officers were dispatched to 217 Irvington Dr. for a report of a male subject, later identified as Ryan Kotterman, acting erratically. On arrival Officers contacted Kotterman. Officers observed him displaying symptoms of drug influence and placed him under arrest for public intoxication. Kotterman was also found to be in possession of a methamphetamine pipe. Kotterman was transported to MCSO jail where he was booked.  Officers learned from a tenant at the residence that Kotterman had been displaying bizarre behavior and speaking incoherently. The tenant also advised that it was believed that Kotterman owned firearms and he had previously been seen in possession of a handgun.

On 10/31/22, officers were called back to the residence. Officers were given a handgun believed to be Kotterman’s that had been located by a tenant, inside the common area of the residence following his arrest the day prior. Officers were shown the handgun and observed it was an unserialized Glock style pistol (Ghost gun) that was loaded with several rounds of 9mm ammunition in a high-capacity magazine. The handgun was collected as evidence.

Officers learned that Kotterman had prior felony convictions and was thus prohibited from possessing firearms and ammunition. Officers contacted UPD Detectives and, based on the above information, a search warrant on Kotterman’s residence was obtained.

On 10/31/22, UPD Detectives served the search warrant. During the search Detectives located a gun safe in Kotterman’s room. The safe contained numerous firearms including a .22 caliber pistol that had previously been reported stolen in a different state. Detectives also seized several hundred rounds of ammunition of various calibers.

Kotterman, who had already been released from jail following his arrest the day prior, was contacted by Detectives, and was taken into custody for the above listed charges. Kotterman was booked a second time at the MCSO jail where he was held on $25,000 bail. Kotterman posted bail and was released the following day.

In addition to the above charges, UPD is requesting that the District Attorney file additional charges on Kotterman for violation of 422 PC (Criminal Threats/Felony) and 314(1) PC (Indecent Exposure/Misdemeanor), based on the statements provided by involved parties, during the course of the investigation. 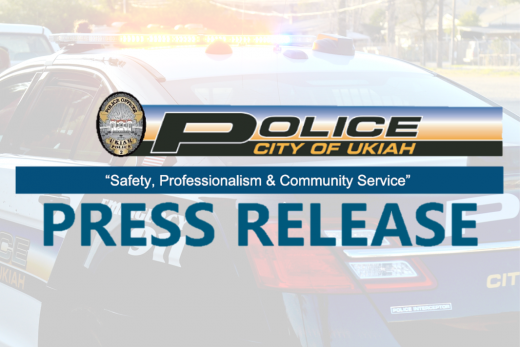