On 10-13-2022, at approximately 3:33 pm, Ukiah PD personnel attempted to stop the driver of a 2016 Audi Q5 for a traffic infraction. The driver failed to yield to police officers, driving about 40 mph in a residential zone and failing to yield at stop signs. The driver continued to recklessly evade officers and attempted to turn into the parking lot at 711 South State Street. The driver failed to negotiate the turn and drove head on into the south side of the building. The driver exited the vehicle and fled eastbound on E. Gobbi St, where officers lost sight of him. A search of the area led to the detention of a male matching the driver’s description, but video surveillance and the circumstances lead to his release. The suspect remained outstanding and was unable to be located. He was last seen by witnesses in the area of Marshall St, running northbound from E. Gobbi St.

The collision into the building led to major front-end damage to the vehicle as well as an approximate 100 sq ft hole in the side of the building. No persons in the building were harmed, and there were no known injuries resulting from the collision.

Public cooperation and surveillance allowed UPD officers to later identify the driver of the vehicle as 23-year-old Malique West-Colvin, who is known to be a resident of Laytonville, CA. West-Colvin is being sought by UPD for the reported incident and is also wanted for violations of State Parole, including absconding for over a year.

Below are past mugshots and recent surveillance of the suspect. If you have information about the suspect’s whereabouts, please contact Ukiah PD’s non-emergency line at 707-463-6262. 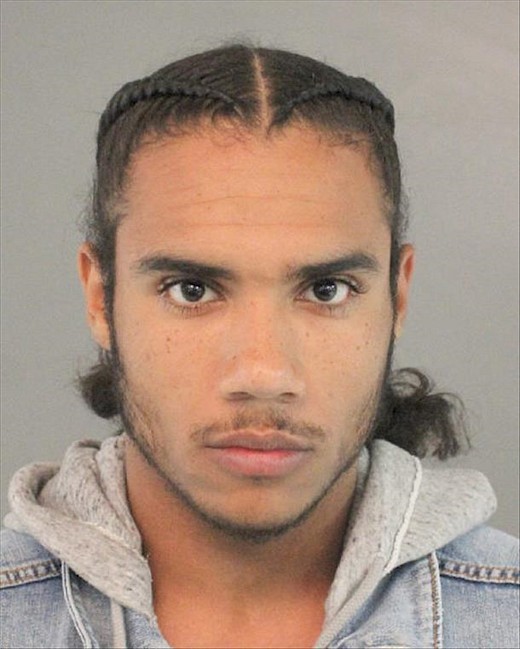