11378 HS - Possession of a controlled substance for sale (Felony)

11379(A) HS - Transportation / sale of a controlled substance (Felony)

11370.1(A) HS - Possession of a controlled substance while armed with a loaded firearm (Felony)

On 02/19/2022 at approximately 11:47 am, UPD dispatch received a call reporting a male in a vehicle in the area of E. Gobbi St. and Waugh Ln. who appeared to be selling marijuana. The caller provided a description of the vehicle. A UPD officer arrived in the area and observed a vehicle that matched the description provided by the caller, exiting the parking lot onto Waugh Ln. The officer observed an equipment violation on the vehicle. The vehicle drove onto Waugh Ln., and then made an abrupt turn into an apartment complex’s parking lot. The officer conducted an enforcement stop on the vehicle and contacted the three occupants. The driver was identified as Mathew James Riley, and the other occupants were minors. The officer observed marijuana and marijuana paraphernalia inside the vehicle and within reach of the two minors.

Riley was placed under arrest for the above-mentioned violations without incident. The two minors were released at the scene to their parents. Riley was booked at the MCSO Jail where he is being held on $50,00.00 bail. 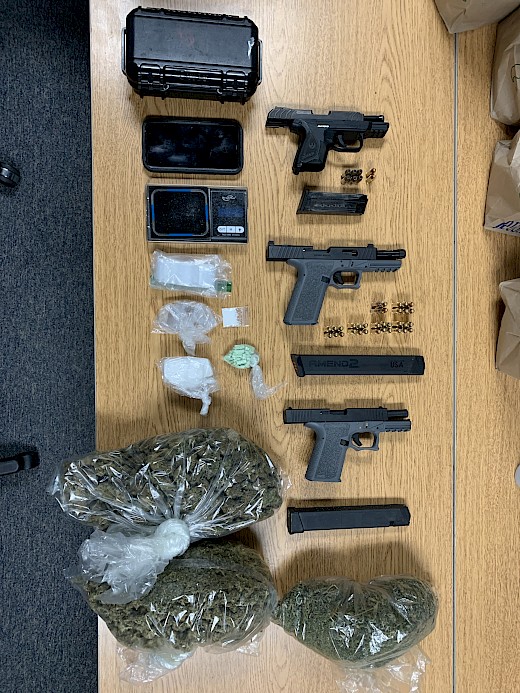