On 1/17/22 at approximately 0611 hours, UPD Officers were dispatched to the apartments in the 100 block of Observatory Ave. regarding a male brandishing a knife. The male was described as a white male wearing all brown clothing. While en route to the call, UPD Dispatch told officers the suspect was now trying to break through an apartment window.

Upon arrival, a UPD officer contacted the suspect, later identified as Andrew Custer, on the lawn of the apartment complex. Custer was quickly advancing toward the officer and mumbling incoherently. Custer was also carrying what appeared to be a 4-foot-long broom stick. The officer noticed there was a knife with a blade approximately 6.5 inches long that was tied to the end of the broom stick. Custer was using the weapon as a spear and was thrusting forward in a stabbing motion as he was advancing toward the officer.

The officer immediately pointed his department issued side arm at Custer and began giving orders to drop the weapon and stop advancing. Custer ignored the orders and continued to advance. The officer recognized Custer from numerous prior law enforcement contacts and knew Custer had severe mental health disorders.

The officer retreated backward and behind his vehicle while Custer continued to advance. At one point, Custer was approximately 8-10 feet from the officer. The officer retreated backwards and circled his entire patrol car approximately 1.5 times trying to put distance between him and Custer. At that point, a second UPD officer arrived at the scene and was able to deploy his Taser. The Taser darts effectively contacted Custer in the back, causing Custer to immediately fall to the ground. UPD officers immediately placed Custer in handcuffs with his hands behind his back without further incident.

Custer was arrested and booked at the Mendocino County Jail for violations of 459 PC, Burglary, 245(c) PC, Assault with a Deadly Weapon on a Peace Officer and 664/187 PC, Attempted Murder. 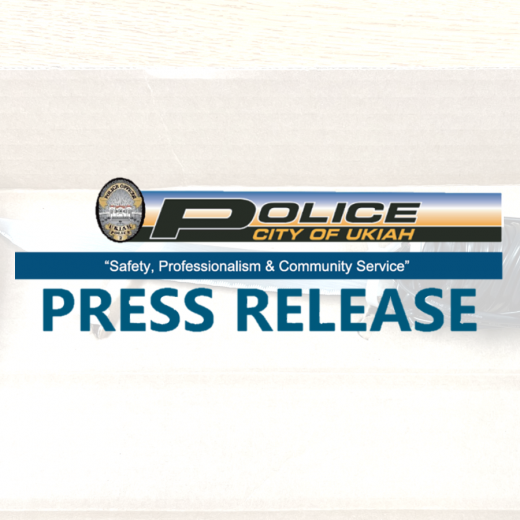