On 01/10/2022 at approximately 11:58 AM, a UPD Officer was on patrol near the intersection of Hastings Avenue and Commerce Drive. The Officer observed a black Mitsubishi Outlander parked facing southbound along the east edge of Airport Rd., just south of the intersection with the driver’s door open. The Officer recognized the make, model, and color of the vehicle as matching the description of a recently reported stolen vehicle. A records check was conducted on the vehicle’s license plate and it was confirmed the vehicle was stolen.

The Officer requested additional UPD Officer’s respond to assist, and exited his vehicle. Due to the high risk and inherent dangers involving contacts with suspects in stolen vehicles, the Officer drew his department issued firearm and began giving commands to the occupant of the vehicle. A male subject, identified through multiple prior contacts as Donavan Parrish, exited the driver’s compartment of the vehicle. The Officer ordered him to back up with his hands in the air and ultimately placed him under arrest for possession of a stolen vehicle (496d(a) PC).

Once additional UPD Officer’s arrived on scene the vehicle was approached and deemed to have no other occupants inside. A records check was conducted on Parrish, and he was found to be out of custody on bail for a prior burglary (459 PC) charge. Due to Parrish being out on bail he was additionally charged with committing a felony while out on bail (12022.1(a)(1) PC).

Officer’s contacted the registered owner and the vehicle was released to her on scene. Parrish was then transported to the Mendocino County Jail to be booked for the listed offenses. 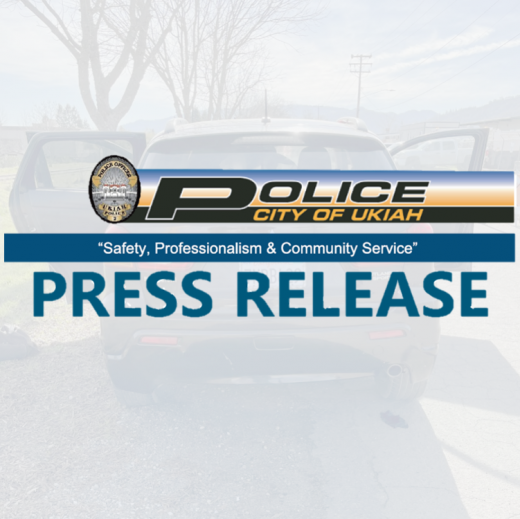