On June 28, at approximately 11:00 pm, UPD Officers were dispatched to the intersection of Washington Ave. and S. Dora St. regarding a traffic collision. Upon arrival, they found two vehicles involved in the collision, both with major damage. The power pole was completely sheared off at the base, disrupting power to the entire neighborhood, and the wires on the power pole were arching with electricity and on fire.

Officers learned Lopez-Flores was traveling westbound on Washington Ave. at a high rate of speed. Lopez-Flores failed to stop at the stop sign at the intersection of S. Dora St. and collided with the Toyota Highlander. The collision caused Lopez-Flores’ Chevy Silverado to veer off the roadway and collide with a power pole. Officers conducted a DUI investigation and subsequently arrested Lopez-Flores for DUI.

City of Ukiah Electric was called to the scene to repair the damaged power pole.

Flores-Lopez was booked into the Mendocino County Jail for felony violations of 23153(a) CVC and 23153(b) CVC, driving under the influence of alcohol causing injury. 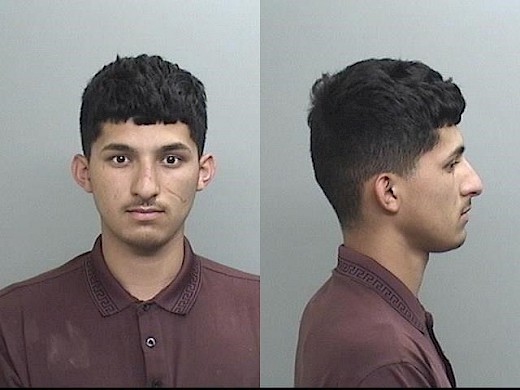