A short while later, UPD Officers were on patrol and spotted the vehicle parked at Lalo’s Mexican Food. UPD Officers approached the vehicle and contacted Florez. While speaking with Florez, UPD Officers learned she had an active felony warrant for her arrest in Fresno County, for 1203.2(a) PC. UPD Officers additionally were advised Florez was on Post Release Community Supervision (PRCS) for false personation of another (529 PC).  A term of her PRCS was to obey all laws.

When asked about the incident at Redwood Ford, Florez informed Officer’s that she entered Redwood Ford with the intent to purchase a vehicle using someone else’s identity. A search of Florez and her possessions, per her PRCS terms, resulted in UPD Officers locating multiple California Identification Cards and California Driver’s Licenses that did not belong to Florez. Additionally, UPD Officers located over a dozen credit/debit cards that also did not belong to Florez. Florez was taken into custody without further incident.

Florez was booked at the MCSO Jail on the above-mentioned violations and her bail was set at Zero bail, per the COVID bail schedule. 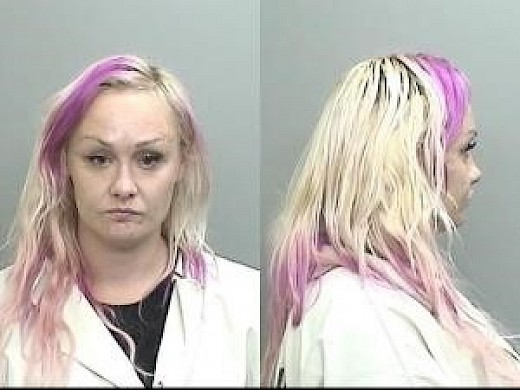