On the afternoon of 05/21/21, at approximately 1543 hours, UPD Officers responded to a report of hit run traffic collision in the area of the 100 block of Ford St. It was reported that a gray Kia sedan had collided with two parked vehicles and fled the scene. The vehicle was last seen northbound on State St., turning westbound onto Low Gap Rd.

UPD Officers responded to the area of Low Gap Rd. near Ukiah High School (UHS) as well as the scene of the collision. A vehicle matching the description of the suspect vehicle provided to UPD was located being driven on Low Gap Rd. and a traffic stop was performed.

The driver of the vehicle, identified as Lincoln Chalmers, displayed significant signs of alcohol intoxication and a DUI investigation was performed. During the investigation Chalmers had difficulty standing. Preliminary tests performed at the scene showed Chalmers to have a blood alcohol content in excess of three times the legal limit to drive.

At the time of the stop, Chalmers was found to have a juvenile passenger in his vehicle. It was learned the passenger was his 14-year-old child and Chalmers had just picked the child up from UHS moments earlier. Chalmers was determined to have been the driver of the vehicle during the aforementioned collisions, prior to picking up his child.

Chalmers was arrested for DUI, hit and run, and felony child endangerment. Chalmers was booked at the MCSO jail on these charges. Chalmers’ bail was set at zero, pursuant to the COVID-19 bail schedule and was later released the next day. 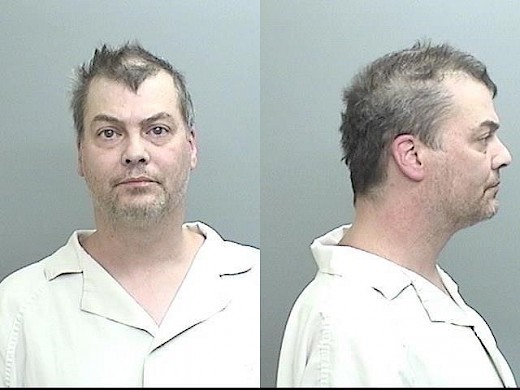