243(b) PC: Battery on a Peace Officer (Misdemeanor)

On 5/17/21 at approximately 9:36 AM, UPD officers were dispatched to a reported assault that occurred at Wal-Mart (1155 Airport Park Blvd.).  Dispatch advised the suspect was a female, who was pushing a shopping cart and was being followed by a witness.  While the Officers were responding a second caller reported that the suspect also stole merchandise from Wal-Mart and that the employee had been assaulted by the suspect as well.   A UPD Officer located the suspect, who was known from prior contacts to be Racheal Seivertson, within the 1300 block of S. State Street.  The witness identified the suspect to the Officer as the person who had been involved in the incident at Wal-Mart.

The first female victim complained of pain and later sought medical treatment at UVAH.  The elderly female victim suffered a visible injury to her face, as a result of being punched by Seivertson.  Seivertson was positively identified by the victims and was placed under arrest for the aforementioned violations.  The estimated total value of the stolen merchandise was $161.00.  The merchandise was released to Wal-Mart. 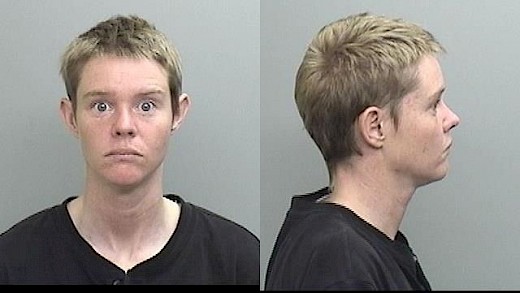