11370.1 HS- (Possess Controlled Substance While Armed with a  Firearm)

On 5/9/21 at approximately 0155 hours, a UPD officer observed a vehicle traveling in front of him in the 600 block of S. Orchard Ave. The officer observed the vehicle did not have a license plate lamp as required by the California Vehicle Code. The officer activated his patrol vehicles overhead emergency lights and initiated a traffic enforcement stop. The driver of the vehicle yielded in the parking lot of the Super 8 Motel.

Two more UPD officers arrived a short time later and Gonzales was taken into custody. A search incident to arrest found Gonzales to be in possession of 16.6 ounces of methamphetamine and $2,200.00.

A record check revealed Gonzales was a convicted felon and prohibited from possessing a firearm.

Gonzales was arrested for the above listed charges and booked at the MCSO Jail. 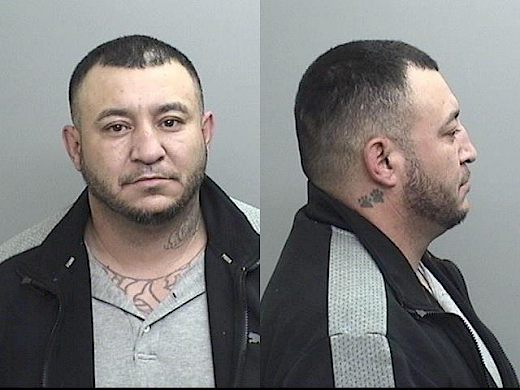