On May 7, 2021 at approximately 10:30 AM, UPD Officers were dispatched to 1170 S. State St. (Redwood Ford) in regards to a stolen vehicle report.  Officers contacted the owner of the vehicle, who advised them the Jeep Patriot was missing from the lot.  The owner advised no one had permission to have the vehicle and it had last been seen parked at that location on May 5th.  A stolen vehicle report was taken and a BOLO for the stolen vehicle was issued.

On May 8, 2021 at approximately 9:18 AM, a UPD Officer was on patrol in the parking lot located at 1155 Airport Park Blvd. (Wal-Mart) and observed a vehicle that matched the description of the stolen Jeep, in the north portion of the parking lot.  The Officer suspected this was the stolen vehicle, but was unable to read the license plate on the vehicle, as it was bent in half so the characters were not visible.  The Officer approached the vehicle and saw it was occupied by a male.  As the Officer approached, he could view the license plate and verified it was in fact the stolen Jeep.  The Officer requested additional UPD Officers respond to the location and began giving the male occupant of the Jeep verbal commands.

Other UPD Officers arrived at the location to assist.  The male occupant, who was later identified as William Thomas Vaughn failed to follow the Officers’ verbal commands to exit the vehicle.  Eventually, Vaughn exited the vehicle and fled on foot through the parking lot.  Officers gave chase and Vaughn continued to ignore lawful commands from the pursuing Officers.  After a brief foot pursuit, Vaughn was taken into custody without injury to him or the Officers (148(a)(1) PC).

Vaughn was found to be on probation for prior misdemeanor violations and terms of his probation included “obey all laws” and “search waiver”.  The Jeep was found to have one of its windows broken and there were shards of broken glass inside the vehicle.  A search of the vehicle was conducted and several tools commonly used to gain entry into vehicles were located (466 PC).  These included a window punch and lock pick tools.  A used methamphetamine smoking pipe was also located within the vehicle (11364(a) HS).  It was verified these items did not belong to the owner of the vehicle.  Based on the terms of Vaughn’s probation and his possession of these items, it was determined he was in violation of his probation terms (1203.2(a) PC).

Vaughn was arrested for the aforementioned violations and was booked at the MCSO Jail.  Vaughn’s bail was set at zero, pursuant to the COVID-19 bail schedule and was later released that night.

The vehicle was returned to owner at the scene. 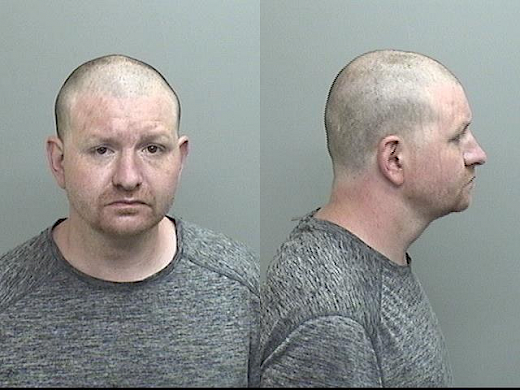