On February 6th at about 7:55 PM, Officers were dispatched to Motel 6, located at 1208 S. State St., regarding a male subject who was disturbing patrons at the motel and who refused to leave the property.  A UPD Officer arrived and was directed to the location of the male subject.  The Officer contacted the male, who was actively sweeping the dirt using a broom with a broken metal handle.  The male was subsequently identified as Artemio Ortega-Reyes.  The Officer observed Ortega-Reyes displayed symptoms of being under the influence of a stimulant.  Ortega-Reyes was uncooperative, argumentative and refused to put down the broom.  The Officer removed the broom from Ortega-Reyes’ possession and attempted to determine why he was on the property.  Ortega-Reyes continued to be argumentative and follow the Officer’s lawful directions.  Ortega-Reyes became confrontational and assumed a fighting stance. For officer safety reasons, the Officer attempted to detain Ortega-Reyes.  Ortega-Reyes actively resisted the Officer.  The Officer radioed for additional officers to assist, while attempting to subdue Ortega-Reyes.  During the altercation the initial Officer suffered a broken hand and another Officer sustained an injury as well.  Ortega-Reyes was ultimately taken into custody and a subsequent search of his pockets revealed suspected methamphetamine and a pipe used for smoking methamphetamine.

EMS arrived at the scene to access Ortega-Reyes’ injuries as well as the Officers’ injuries.  Ortega-Reyes was treated at UVAH for minor injuries and was later booked at the MCSO Jail for the above-mentioned violations.  Both Officers were also treated and released from UVAH. 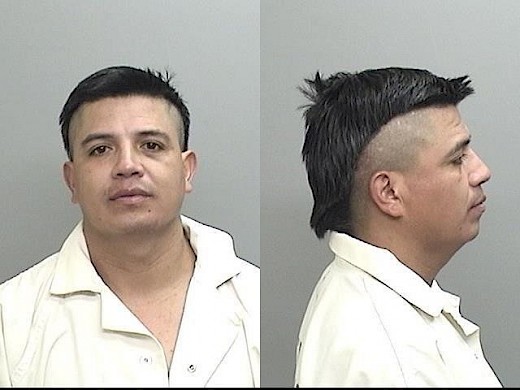