On 6/12/2020 at approx. 1434 hours, the Ukiah Police Department was notified of a vehicle that had been left parked in a private driveway on Lewis Lane. The driver of the vehicle said that he was unable to move it and left the scene.

UPD Officers arrived on scene and learned that the vehicle had recently been reported as stolen out of Willits. While speaking with witnesses in the area, UPD Officers were able to determine that the suspect was a 24year-old male adult they knew from prior law enforcement contacts as Seth Smart.

UPD Officers knew Smart as he had recently been released from the California Department of Corrections and Rehabilitation (CDCR) for a prior arrest in Ukiah for vehicle theft and being a felon in possession of a firearm. Smart was placed on Post Release Community Supervision (PRCS) after his release from CDCR. UPD Officers had additionally contacted Smart on 06/05/2020 after he was identified and arrested for stealing items from an automobile and being in possession of stolen property and controlled substances. Due to the current California mandated no-bail for low-level misdemeanor and felony arrests to help slow the spread of coronavirus inside jails, Smart was booked with $0 bail for the above offenses and released on 6/6/2020.

While investigating the current vehicle theft, UPD Officers contacted the Willits Police Department who in turned contacted the victim of the stolen vehicle. While UPD Officer’s were waiting for the victim to arrive to retake possession of the vehicle, Smart was observed walking nearby by one of the original witnesses. UPD Officers contacted Smart in the 1000 block of Cunningham Street. Smart was detained and later positively identified by the witnesses as the suspect that had left the vehicle. Smart was arrested for 10851(a) CVC, vehicle theft. 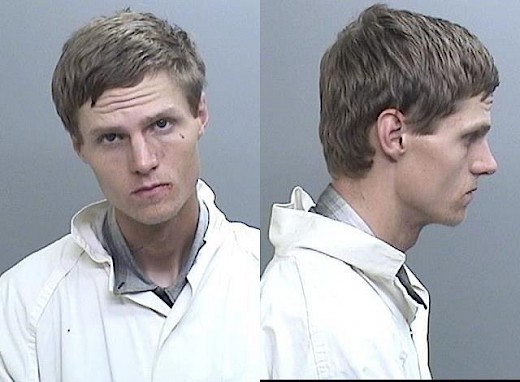