On 3/26/2020 at approximately 1256 hours, UPD Officers were dispatched to the 1000 block of S State Street for a report of two transient male adults that were currently involved a verbal argument in that vicinity. While en route, UPD Dispatch informed Officers that the argument had turned physical and one of the subjects was now walking southbound on the 1000 block of S State Street and bleeding from his face.

UPD Officers arrived on scene and made contact with a 30-year-old male adult transient who had multiple stab wounds to his face. UPD Officers immediately began providing first aid to the victim and requested an ambulance respond to the location. The victim was transported to Adventist Health Ukiah Valley (AHUV) for medical treatment. The stab wounds were not life threatening.

Additional UPD Officers arrived on scene and were directed to a male adult who was walking in the 100 block of Observatory Avenue. UPD Officers were informed by bystanders that the male adult was responsible for the stabbing. UPD Officers detained a male adult who was identified as 28-year-old Brett Marshall Barnes, a transient from Arkansas. Barnes was interviewed and admitted to stabbing the victim in the face during a physical altercation. The knife used in the incident was recovered near Barnes’ belongings.

Barnes was subsequently placed under arrest for 245(a)(1) PC (Assault with a deadly weapon) and transported to the Mendocino County Jail where he was booked and lodged. Barnes remains in custody with a bail of $30,000. 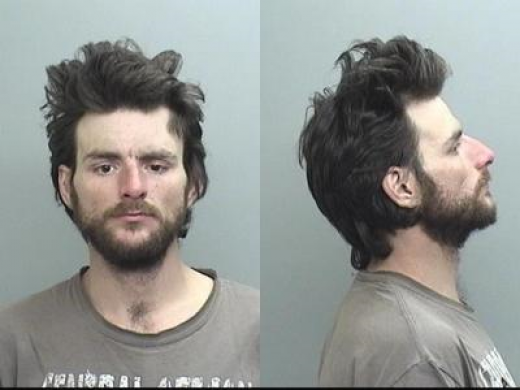