On March 17 at approximately 12:47 AM, Officers were dispatched to the area behind CVS (155 S. Orchard Ave.), in the area of the loading dock, regarding a report of a male who was bleeding severely from his head.  An anonymous male requested a Denny’s employee telephone 911 regarding the injured male.

Upon arrival, UPD Officers located an adult male lying on the concrete floor of the loading dock.  The male was lying in a large pool of blood and he was bleeding profusely from his head. The scene indicated there had been an altercation, as there was a large amount of blood on the walls near where the injured male was located.  David Giusti was also located in the area of the loading dock and initially denied any knowledge of what happened to the victim.  Officers rendered first aid and summoned EMS to the scene.  While Officers were rendering first aid, Giusti walked away from the scene pushing a shopping cart.  As other Officers arrived; Giusti was located a short distance away and was detained.  Giusti was covered in blood and had a shopping cart that was filled with his personal belongings.  Officers located a blood covered wooden dowel inside the shopping cart.  The subsequent investigation revealed there had been an argument between the victim and Giusti and evidence caused Officers to believe Giusti was responsible for the victim’s injuries.  Giusti was arrested without incident.

EMS transported the victim to Adventist Health Ukiah Valley hospital where he was treated for significant injures to his head.  The injuries rose to the level of Great Bodily Injury, would most likely lead to permanent disfiguration and could have been fatal had he not received medical treatment.  The victim was later transported to an out of the area trauma center for further medical treatment.  At the time of this press release the victim was in stable condition.

Giusti was transported to the Mendocino County Jail where he was booked for the aforementioned violations.  Giusti remains in custody with a bail of $250,000.

The Ukiah Police Department’s Detective Bureau has assumed the investigation of this incident and are attempting to identify the anonymous male witness, who requested the call to 911. Anyone with information regarding this incident is urged to contact UPD.

The Ukiah Police Department would like to thank the Mendocino County Sheriff’s Department personnel who assisted with the initial investigation of the incident. 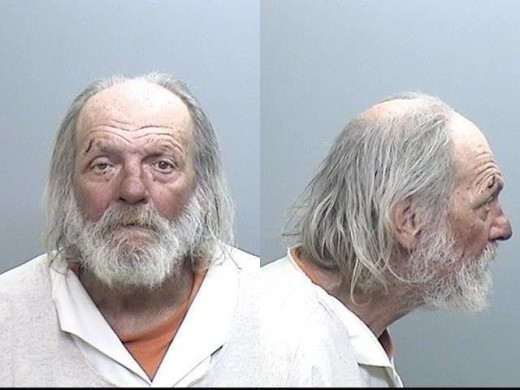