UPD Officers as well as the Ukiah Valley Fire Department determined that the fires had been intentionally set and began investigating the fires as acts of arson.

On 8/19/2020 at approx. 0148 hours, A UPD Officer on patrol located a fire on the railroad tracks between Clara Street and Ford Street. The UVFD and Cal Fire again responded and extinguished the blaze. As the Officer was investigating this fire, the UPD was notified of another vegetation fire in in the 400 block of Oak Manor Drive. Both of these fires are being investigated as arson as well.

At approx. 0445 hours, UPD Officers were again dispatched to a vegetation fire, this time in the 700 block of E. Gobbi Street. The fire was extinguished and UPD began another arson investigation.

UPD and the Ukiah Valley Fire Department in all are currently investigating 8 separate arsons which occurred in the city limits overnight between 8/18/2020 and 8/19/2020. Anyone who may have witnessed any of these fires or any individuals who may be responsible for setting them is urged to contact the UPD at 707-463-6262.

The Ukiah Police Department would like to remind the great citizens of Ukiah that during the current COVID-19 pandemic we are still out in the city enforcing the law and keeping the public safe. As always, our mission at the Ukiah Police Department is to make Ukiah as safe as possible. Additionally, the UPD would like to thank the Ukiah Valley Fire Department, Cal Fire and the Mendocino County Sheriff’s Office for their quick response and assistance with these fires. 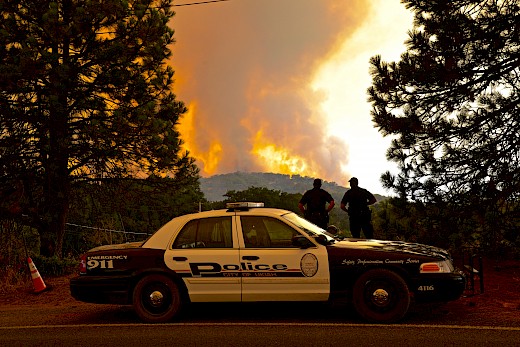