On 10/07/2021 at about 1050 AM, Ukiah PD Officers were dispatched to Adventist Health Ukiah Valley (AHUV) regarding an assault victim who was in the Emergency Department. Upon arrival, Officers learned the male victim had sustained injuries to his head and that the assault occurred in the area of Orr Creek and near N. State Street. The victim reported being attacked with a rock, by a male who was unknown to him. The victim was struck on the head, knocked to the ground, struck several more times and told to give the suspect all of his personal belongings. The victim complied, due to being in fear of further injury, and gave the suspect numerous personal belongings. The belongings included cash, rings, his shoes, backpacks, banking cards as well as his wallet. The victim reported the suspect threatened him with a knife as well. The victim provided a description of the suspect, which included very distinct shoes. The victim stated that following the attack he walked to AHUV.

Officers responded to the area along which the victim traveled to AHUV and were able to locate a trail of blood. Following the trail, they arrived at Orr Creek, in the area of the 600 block of N. State Street. Upon entering the creek bed, they observed Jason Kreuz walking toward them. He was wearing shoes that matched the ones described by the victim and he also matched the physical description of the suspect. Kreuz confirmed he had been in an altercation with a male, regarding property. Kreuz was found to be on probation, from Lake County for a prior 245 PC conviction, and his probation specified that he was subject to search. A search was conducted of Kreuz and the victim’s bloody property was located in his possession. Officers located the scene of the attack and located further evidence which supported the victim’s account of the incident. Kreuz was placed under arrest without incident and was subsequently booked into the MCSO Jail. Kreuz’ bail was set at $100,000.00. The victim was treated at AHUV and was released. 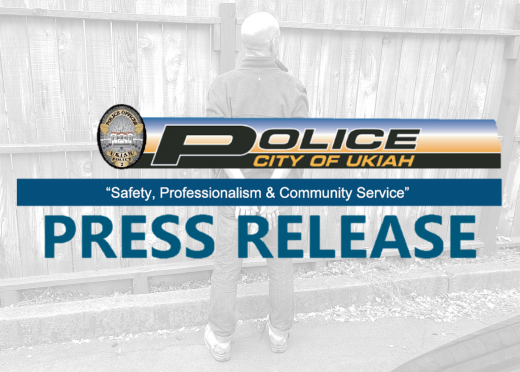