On 10/5/2020 at approx. 2218 hours, UPD Officers were dispatched to the area of 200 Cherry Street for a report of a disturbance between neighbors. While responding to the call, UPD Officers learned that one of the involved parties may have been doused with a chemical agent.

Once on scene, UPD Officers began their investigation and learned that during the course of the neighbor argument, James Lee (age 53 of Ukiah), became angry and doused his two neighbors with a gallon bottle of Muriatic Acid. The acid was poured in the face and neck area of both victims.

UPD requested the assistance of Ukiah Valley Fire Authority and medical personnel. Medical personnel arrived on scene and began treating the victims for their injuries. UVFA began hazmat procedures to contain the acid which had been spilled on the sidewalk and concrete.

One of the victim’s injuries were so severe that she was transported to Adventist Health Ukiah Valley by ambulance and then transported by air ambulance to an out of county hospital for more specialized medical treatment.

UPD Officers contacted Lee and placed him under arrest for 2 counts of 244 PC (Using Caustic Chemical on another) and 243(d) PC (Assault causing great bodily injury). Lee was transported to Mendocino County Jail where he was booked for the above offenses. Due to the severity of the crimes Lee had been alleged to have commited, UPD Officers contacted the on call Superior Court Judge and requested a bail enhancement on Lee. A bail enhancement was granted and Lee’s bail was raised to $125,000.

As always, our mission at the Ukiah Police Department is to make Ukiah as safe as possible. 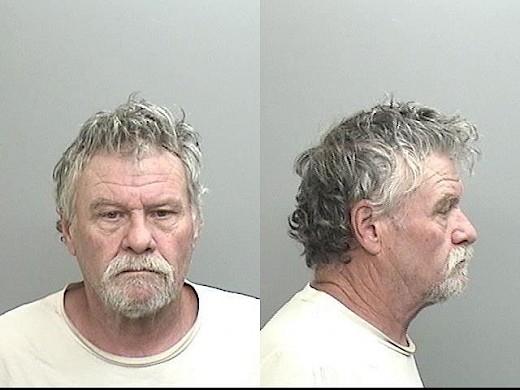