23152(c) CVC: Unlawful operation of a vehicle by a drug addict (Misdemeanor)

14601.2(a) CVC: Driving a vehicle with a suspended license (Misdemeanor)

On September 4, 2020 at approximately 8:14 PM, Officers were advised that a Winnebago motorhome had just been stolen from the area of the Ukiah Municipal Airport. Officers were further advised the vehicle had been taken by a White female and it had last been seen traveling northbound, on S. State Street. Officers began searching the surrounding areas in an attempt to locate the stolen vehicle. Within minutes of the initial report; an Officer spotted a vehicle that matched the description of the stolen motorhome driving southbound behind The Furniture Design Center, located on Airport Park Boulevard. The Officer initiated an enforcement stop and found the vehicle came back registered to the victim / owner of the vehicle. A female was found to be the sole occupant of the vehicle and she was detained without incident. The female was subsequently identified as Kylee Petersen.

During the course of the investigation; it was discovered Petersen climbed onto the roof of the motorhome, damaged a roof vent, climbed inside and located an extra ignition key for the vehicle. She placed her dog inside the vehicle and drove it away from where it had been parked. This initially occurred in the later portion of the afternoon, but she returned with the vehicle just prior to UPD being notified of the theft. An alert citizen, who was familiar with the motorhome and its owner, noticed Petersen was driving the vehicle and alerted the owner of the theft. The owner then notified UPD of the theft. The amount of damage to the vehicle’s roof vent was in excess of $400.00. Petersen displayed symptoms of intoxication and admitted she was a habitual user of methamphetamine. Her driver’s license was found to be suspended for multiple prior DUI convictions. She was also found to be on two terms of Summary probation, from this county.

Petersen was placed under arrest for the aforementioned violations and was later booked at the MCSO Jail. Her dog was housed at the Mendocino County Animal Shelter. The vehicle was returned to the owner.

As always, our mission at UPD is simple: to make Ukiah as safe a place as possible. If you would like to know more about crime in your neighborhood, you can sign up for telephone, cellphone and email notifications by clicking the Nixle button on our website; www.ukiahpolice.com . 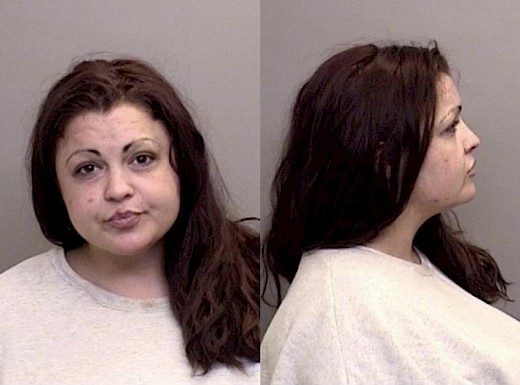