11370.1(a) H&S – Possess Firearm while in Possession of Controlled Substance

Oregon Warrant for Violation of Parole

On 7/31/20 at approximately 0758 hours, UPD officers were dispatched to a report of a physical altercation in the back parking lot of the Ukiah Post Office (671 S. Orchard Ave.).

The first UPD officer to arrive on scene located four post office employees holding a suspect (later identified as Timothy Raybould) to the ground. The officer exited his patrol vehicle and quickly detained Raybould in handcuffs with the assistance of the post office employees. While performing a pat-search of Raybould the officer located a loaded magazine to a .40 caliber Glock pistol in Raybould’s pants pocket.

A records check was performed on Raybould. It was determined Raybould was a convicted felon, making it illegal for him to possess a firearm or ammunition. Raybould was found to be on active parole out of Oregon and had an active felony warrant for his arrest for violation of his parole. Raybould displayed objective signs and symptoms of being under the influence of a CNS stimulant.

Raybould was booked at the Mendocino County Jail for the above listed offenses. UPD officers contacted a judge and requested a bail enhancement on Raybould, which resulted in Raybould’s bail being set at $85,000.00. 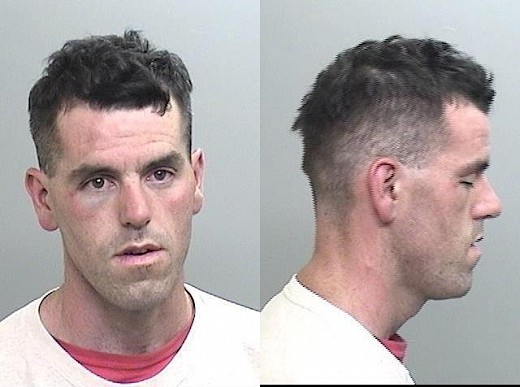