On 07/29/2020 at approximately 1331 hours, an Officer in training riding with his Field Training Officer (FTO) were conducting routine patrol in the area of E. Perkins St. and N. Orchard Ave. The FTO recognized a male subject, who he knew from prior law enforcement contacts as Abel Aguado, riding his bicycle on the sidewalk. Additionally, the FTO knew Aguado to be on active felony probation out of Mendocino County for vandalism.

The FTO instructed his trainee to initiate a traffic stop for a traffic violation in the 100 block of N. Orchard Ave.  Aguado immediately disobeyed lawful commands to stop and lead UPD officers on a bicycle pursuit through the Pear Tree Shopping Center and the surrounding area going in locations were patrol vehicles could not pursue. The FTO provided crucial information regarding Aguado’s direction of travel to responding units. After an approximately four-minute bicycle pursuit, UPD officers along with assistance from the general public were able to detain Aguado and he was subsequently placed under arrest. UPD officers searched Aguado and located a glass pipe that is commonly used for smoking methamphetamine.

Aguado was transported to jail where he was booked and lodged for the above violations. While at jail, UPD officers learned that Aguado had a felony warrant for his arrest for a failure to appear in court issued earlier this month. Aguado’s bail was set to $0 due to COVID19 and was later cited and released. 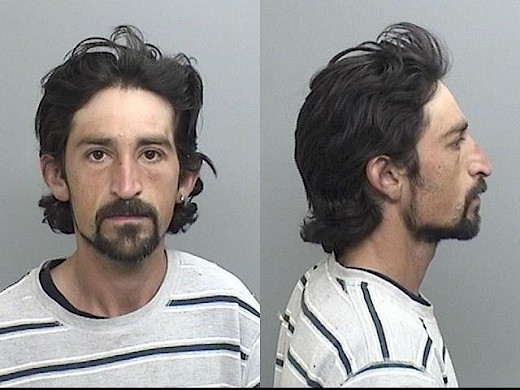