On 7/22/20 at approximately 1005 hours, two UPD officers were on routine patrol in the 200 block of Talmage
Rd. One of the officers observed a male subject walking on the side of the road that he knew from prior law
enforcement contacts as Robert Curtis James Jr. The officer had prior knowledge that James had an active
felony warrant for his arrest.

The Officers exited their patrol vehicle and contacted James. James was placed under arrest for the felony
warrant without incident.

While searching James incident to arrest he was found to be in possession of suspected methamphetamine.
While searching James’ backpack Officers located a .410-gauge shotgun. The shotgun had a pistol grip and a
cut barrel that resulted in the overall length of the shotgun only being 10 inches long.

A records check was performed on James and it was found that he had several previous felony convictions.
James was also found to be on active Post Release Community Service (PRCS). James’ probation officer was
contacted and James’ PRCS was violated.

James was booked at the Mendocino County Jail and being held with no bail. 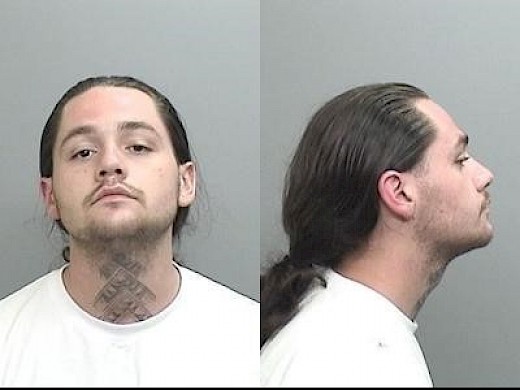