On 11/11/19, at approx. 9:05 PM, UPD units responded to the area of Observatory Ave. and Helen Ave., 1200 block of S. State St. after receiving multiple calls for service for shots fired.  Upon arrival, UPD units located an eyewitness who described seeing a shooting involving a vehicle.  Additionally, evidence was found in the area of Helen Ave. at Observatory substantiating that a shooting had occurred in the area.  Officers checked the surrounding residences for any injured parties within the residences and found none.  While doing so, Officers were able to locate a residence that had video surveillance that had captured the incident.  The area was checked for any of the involved parties, with negative results.  UPD Detectives were notified.

UPD Detectives assumed responsibility for the investigation, which has been ongoing since the incident.  UPD Detectives obtained information that the incident stemmed from a confrontation that took place at a local business that evening, was likely gang related and involved two vehicles and multiple involved parties.  Throughout the investigation, UPD Detectives obtained and viewed more video surveillance and located and interviewed witnesses to the incident.  UPD Detectives were able to identify Alexis Navarrete (Ukiah) and a 17-year-old Hispanic male juvenile as suspects in the shooting.  Navarrete had been identified as the driver and the 17-year-old juvenile as the shooter.  Additionally, both involved vehicles were located and processed for evidence.

On 01/25/20, UPD Officers located and arrested the 17-year-old juvenile.  The juvenile was arrested and booked into the juvenile hall for felony charges, separate from this incident.  UPD Detectives spoke with the juvenile and obtained further information regarding the shooting.  Additionally, UPD Detectives issued an arrest BOLO for Navarrete.

On the evening of 01/25/20, Navarrete was located and detained by MCSO Deputies.  UPD patrol officers and Detectives responded.  A search warrant was prepared for Navarrete’s residence and several items were recovered including ammunition and firearms, which included a short barreled assault rifle.  Navarrete was arrested and booked into the Mendocino County Jail.

Anyone with additional information is urged to contact the Ukiah Police Dept. at 707-463-6262. 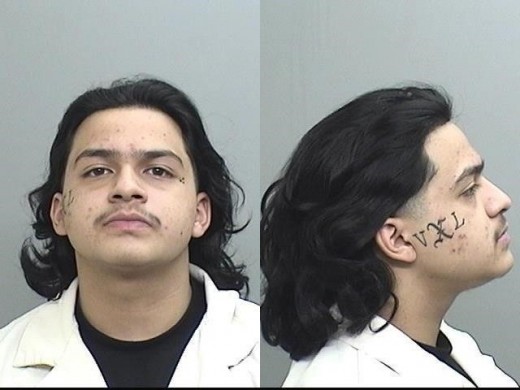