On 09/30/19, at approx. 1243 hours, UPD units responded to the 1200 block of S. State St. for a report of shots being fired.  Upon arrival, UPD units located a 19-year-old male victim, who had sustained a gunshot wound.  The victim was flown to a medical facility outside of Mendocino County and has since been discharged from care.

UPD Detectives responded to the scene and began interviewing witnesses and reviewing surveillance footage of surrounding businesses.  Additionally, evidence of multiple shots being fired were collected at the scene. UPD Detectives were quickly able to identify a suspect vehicle and disseminated the information to surrounding law enforcement agencies.  A short time later, a deputy with the Mendocino County Sheriff’s Office located the vehicle in the 1200 block of S. State St.

UPD Patrol units and Detectives responded to the area and continued their investigation.  The vehicle was determined to be the involved vehicle and the suspect(s) were determined to be in an apartment close by.  Due to the dangerous nature of the incident, the Mendocino County Sheriff’s SWAT Team was called and responded to the scene.  Ultimately the two male suspects exited the apartment and surrendered to Law Enforcement, without incident.

A search warrant for the vehicle and apartment was obtained and executed.  Evidence connecting the vehicle and the suspects to the crime was recovered, including a semi-automatic handgun that was believed to be used in the shooting.  Both suspects were interviewed by UPD Detectives and statements were obtained confirming their involvement in the crime.

Anyone with additional information is urged to contact the Ukiah Police Dept. at 707-463-6262. 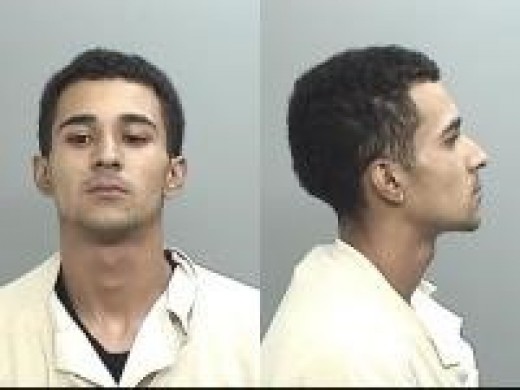