PRESS RELEASE
UPD CASE #19-2359
DATE: 8-30-19
TIME OF CALL: 10:28 PM
LOCATION: 1000 block of Cunningham St. Ukiah
CRIMES: 23152(a)/(b) CVC-DUI - Misdemeanor
20002(a) CVC-Hit and run traffic collision - Misdemeanor
14601.1(a) CVC-Drive on a suspended license - Misdemeanor
1203.2(a) CVC-Violation of probation (for DUI and hit and run) - Misdemeanor
SUSPECT: Fox, Joshua Thomas -21 year old white male from Ukiah
On 8-30-19 at approx. 10:30 PM, UPD Officers were dispatched to the 1000 block of Cunningham St. for a report of a traffic collision. Upon arrival, officers observed a blue 1992 Acura Integra that had backed up on to a power pole guy-wire.
A witness to the traffic collision advised officers that the driver had fled from the scene on foot and provided officers with a detailed description of the suspect (later identified as Joshua Fox). A short time later, UPD received a call that stated Fox was hiding in the 900 block of Waugh Ln near another vehicle. UPD Officers responded to the area and contacted Fox, who had just exited a garage in the area.
Fox had since changed his clothing from the time of the collision by taking some clothing from the garage (which didn’t belong to him). The owner of the clothing declined to pursue criminal charges regarding the theft of clothing. Fox had a small laceration on his forehead that was bleeding. Fox first denied being in a collision and then later acknowledged having been in one.
Fox was identified by the witness at the scene of the traffic collision as being the driver of the vehicle at the time of the collision. Fox displayed objective signs of alcohol intoxication, was on probation for DUI and hit and run, and also had a suspended/revoked driver’s license.
Fox was arrested for the listed charges and lodged at the Mendocino County Jail, where his bail was set to $32,500. The City of Ukiah Electric Department responded to the scene and assessed the possible damage to the power pole. Fox’s vehicle was dismounted from the guy-wire and towed away from the scene.
Anyone with additional information regarding the traffic collisions is urged to contactUPD at 707-463-6262. 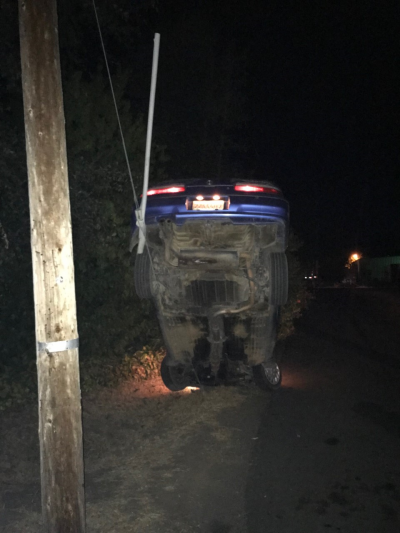 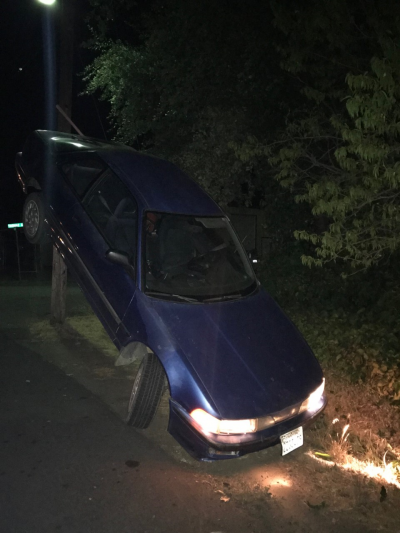 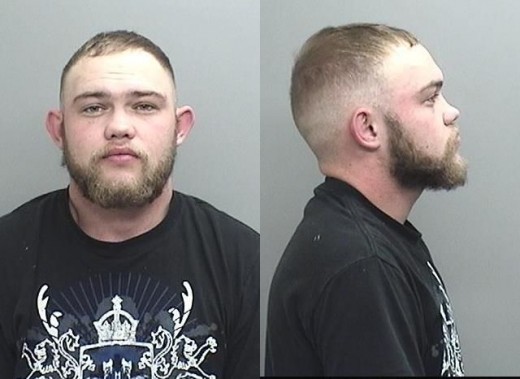