On the morning of 05/08/21, at approximately 1:02 AM, UPD Officers were advised that UVFA was responding to a structure fire that was located at 1380 S. State Street. UPD Officers responded to assist, as is a regular practice for reported structure fires. Officers arrived and observed the roof of the residence at that location was fully engulfed in flames. They saw the fire was spreading to an attached carport. Officers attempted to determine if anyone was inside the residence and heard a woman yelling for help. Officers found the woman was located inside a room that was within the carport. Through a window, they saw the woman was attempting to get their attention by waving her arms and it appeared she was unable to exit the room.

Once UVFA personnel arrived on-scene, the female was treated for smoke inhalation. The Officers who assisted the female found the hair on their arms and heads had been singed, but they were not injured. UVFA personnel determined the cause of the fire was not intentional.

As always, our mission at UPD is simple: to make Ukiah as safe a place as possible. If you would like to know more about crime in your neighborhood, you can sign up for telephone, cellphone and email notifications by clicking the Nixle button on our website; www.ukiahpolice.com . 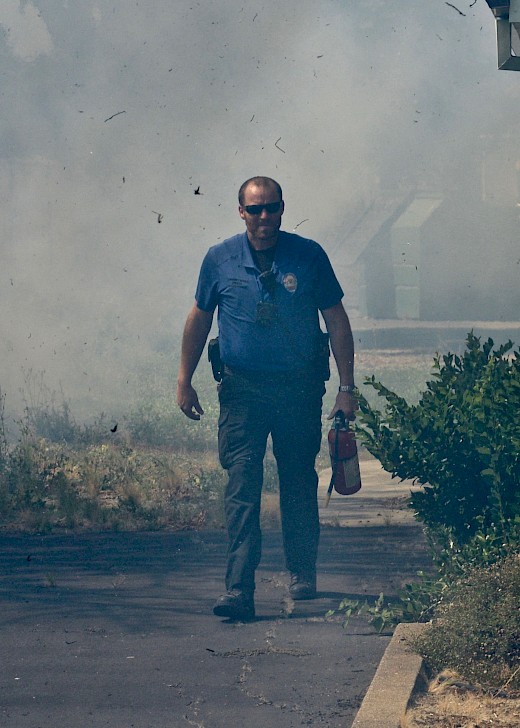