On 11/17/2020 at approx. 2011 hours, A UPD Officer was on patrol in the 300 block of S. Main Street when he came in contact with a vehicle on a traffic stop for vehicle code violations. The Officer contacted the occupants of the vehicle and identified them as Lacee Marie Ross, Age 37 of Boonville, and her 17-year-old minor daughter.

While conducting the traffic stop the Officer learned that the vehicle had recently been reported stolen out of Brookings Oregon. The Officer also learned that Ross was currently on CDC Parole for a prior conviction of 451(b) PC (Arson of an inhabited structure). A search of the vehicle was conducted pursuant to Ross’ Parole terms and in the passenger compartment near where Ross had been seated Officers located a large explosive device that resembled dynamite. 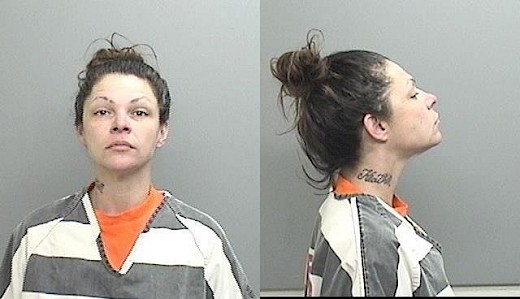