On 10/10/20 at approximately 0955 hours, an on duty UPD officer was conducting an investigation in the Safeway Parking Lot (653 S. State St.). As the officer was standing in the parking lot he observed a Honda CBR 1000RR motor cycle traveling at a high rate of speed northbound on S. State St. The officer observed the driver of the motorcycle (later identified as Michael David Gray) bring the front tire of his motorcycle off of the roadway and perform a “wheelie.”

As the officer pursued Gray he observed Gray travel at a high rate of speed, drive into oncoming traffic, and run one stop sign.

Gray came to the intersection of N. Orchard Ave. and Brush St. and continued driving northbound off the roadway and into the empty field that runs along the west side of Highway 101. The officer drove his patrol vehicle off the roadway and continued to pursue Gray through the field. A short distance later Gray’s motorcycle hit a hole and Gray was thrown from the motorcycle. The officer exited his patrol vehicle and placed Gray under arrest.

Gray was transported to the Ukiah Valley Medical Center for injuries he sustained when he fell off the motorcycle.

Gray was booked at the Mendocino County Jail for the above listed charges. Due to the current COVID-19 pandemic, Gray was set to be released from jail with no bail required. UPD officers believed Gray displayed a blatant disregard for the safety of our community members by driving so recklessly on the streets of Ukiah, and requested a bail enhancement on Gray. A bail enhancement was granted and Gray is currently being held at the Mendocino County Jail on a $75,000.00 bail. 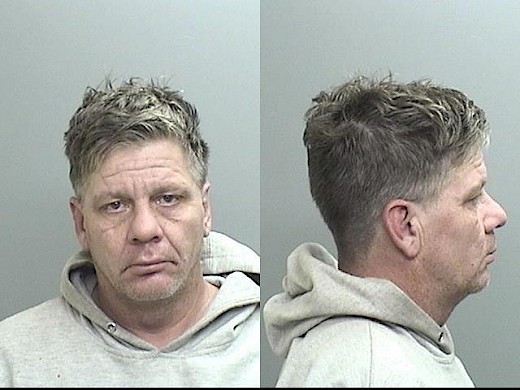