On October 10, 2020 at approximately 1:31 AM, UPD Officers observed a silver BMW driving southbound on the 1300 block of N. State St. The vehicle was displaying fraudulent registration tabs. Officers attempted to conduct a traffic enforcement stop on the vehicle in which the vehicle then sped away from the Officer’s patrol vehicle at unsafe speeds southbound on N. State St. The driver of the vehicle continued driving southbound at speeds in excess of 80 MPH and crossed into the lane of oncoming traffic on several occasions.

The vehicle then sped through residential neighborhoods in various areas of Ukiah. The vehicle failed to yield to the Officer’s Patrol vehicle’s emergency lights, failed to stop at several controlled intersections and then drove southbound on Waugh Ln. The driver then slammed the vehicle into park and fled on foot. The driver was apprehended shortly after. The passenger in the vehicle was detained without further incident.

The driver was identified as, Victor Jose Lopez, from Willits. A loaded semi-auto pistol caliber carbine was located in the vehicle. The carbine met numerous requirements that qualified it as an assault weapon to include a large capacity drum magazine and a threaded barrel. Lopez was also found to be in possession of a 47.5 grams of methamphetamine that was packaged to be sold, 3 lbs of marijuana and various drug paraphernalia. Lopez was found to be on Post Release Community Service and had an outstanding warrant.

Both subjects were placed under arrest and transported to UPD. Wilson was booked and released at UPD. Lopez was booked and lodged at the MCSO Jail for the above listed charges. UPD officers believed Lopez displayed a blatant disregard for the safety of our community members by driving so recklessly on the streets of Ukiah, and requested a bail enhancement on Lopez. A bail enhancement was granted and Lopez is currently being held at the Mendocino County Jail on a $150,000.00 bail. 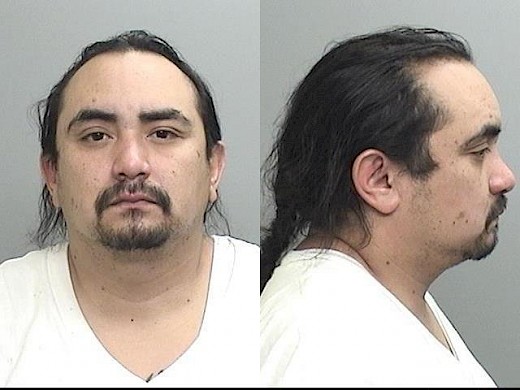