On September 19, 2020 at approximately 10:11 PM, Officers were on-duty in the 900 block of S. State St., when they heard yelling coming from the area near ABC Supply Company.  Officers observed a female, who was later identified as Melissa Miller, holding a metal pipe across the throat of an adult male.  Miller was using the pipe to push the victim away from the lit area of the parking lot and into a darker portion of the lot.  Officers responded to the location and upon arrival saw Miller had the victim pinned against a large metal dumpster and was depressing the metal pipe across the victim’s throat.  Officers ordered Miller to drop the pipe, but she refused to do so.  Officers again ordered her to drop the pipe, at which time she threw the pipe down.  Officers attempted to take custody of Miller, but she physically resisted.  After a brief struggle; she was taken into custody.

Officers contacted the victim and learned he and Miller were acquaintances and that she asked him to walk with her over to the area of ABC Supply Company.  Once there, Miller put the pipe against his throat and pushed him toward the dark area of the lot.  He stated he believed he had no choice, but to allow her to push him into the dark area, due to the fact that she was armed with the pipe. The victim advised Miller stated she was going to kill him, and he was indeed in fear for his life, once she pinned him against the dumpster with the pipe.  The victim denied medical treatment and was released from the scene.

Miller provided statements regarding the incident and admitted she was going to kill the victim and pushed him into the dark portion of the lot so that her activity was hidden from detection.

Miller was found to be on summary probation, from this county, for a prior violation of 69(a) PC (Resist arrest with violence).  One of the terms of her probation was “obey all laws”.

Miller was subsequently transported and lodged at the MCSO Jail for the aforementioned violations. 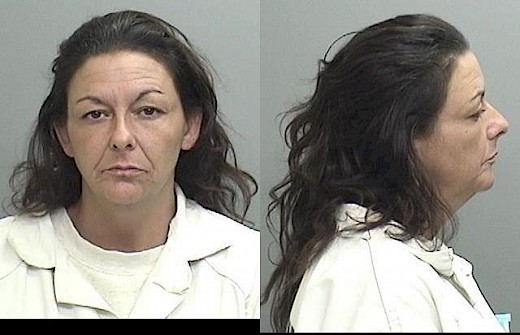