On 9/15/2020 at approx. 2149 hours, Ukiah Police Department was notified of a large fire in the area north of Mason Street between Clara Avenue and Ford Street. UPD Officers arrived on scene to find the wooden railroad trestle and multiple trees above the trestle fully engulfed in flames.

UPD Officers worked to evacuate nearby residents and businesses while Ukiah Valley Fire Authority and Cal Fire personnel worked to extinguish the blaze.

Once the fire had been extinguished, UPD Officers determined that the fire had been intentionally set and began investigating the fire as an act of arson. Anyone who may have witnessed any of these fires or any individuals who may be responsible for setting them is urged to contact the UPD at 707-463-6262.

The Ukiah Police Department would like to thank the Ukiah Valley Fire Department, Cal Fire and the Mendocino County Sheriff’s Office for their quick response and assistance with these fires. 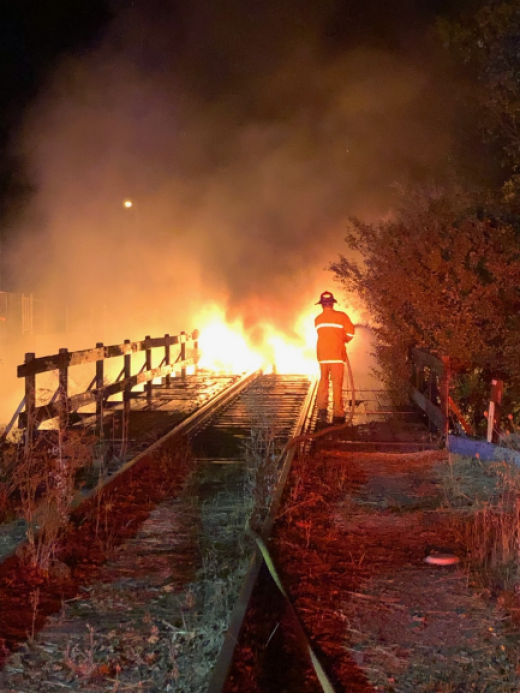