On 9/1/2012 at about 4:13 am, UPD Officers were dispatched to 105 Pomeroy Avenue, Denny’s Restaurant, on a report of a stabbing that had just occurred. At the scene officers discovered that two male adults had entered the restaurant and walked to the back of the restaurant where a group was seated. Unprovoked, one of the male suspects walked directly to a seated customer and attacked him, repeatedly punching the victim in the face. Adult males from the group got up to assist their friend, who was being attacked. The second suspect assisted and started punching the victims. One of the suspects pulled out a knife, and two of the three victims were stabbed repeatedly. The suspects fled on foot from the restaurant.

The three victims, all Willits residents, were transported and treated at UVMC for their injuries.

UPD Detectives were dispatched and during the investigation identified the two suspects as Richard Michael Pervier 11/23/79 from Marysville Ca. and Joshua Robert Stredwick 9/9/79 from the Ukiah and Healdsburg area.

At about 12:30 pm, UPD Detectives located Joshua Stredwick in the 4800 block of N. State St. Stredwick was taken into custody without incident and later booked into the Mendocino County Jail for his involvement in the assault.

The Ukiah Police Department is currently looking for Richard Michael Pervier (shown below). Pervier goes by the first name of Michael. He is a white male adult, 5’10, about 220 lbs., with short light brown hair and a thin short goatee. He was last seen wearing a black sweatshirt, white t shirt, and light colored pants. If anyone has information on the stabbing or Pervier’s whereabouts, please contact Detective Sergeant David McQueary at 463-6249 or Detective Noble Waidelich at 463-6260. 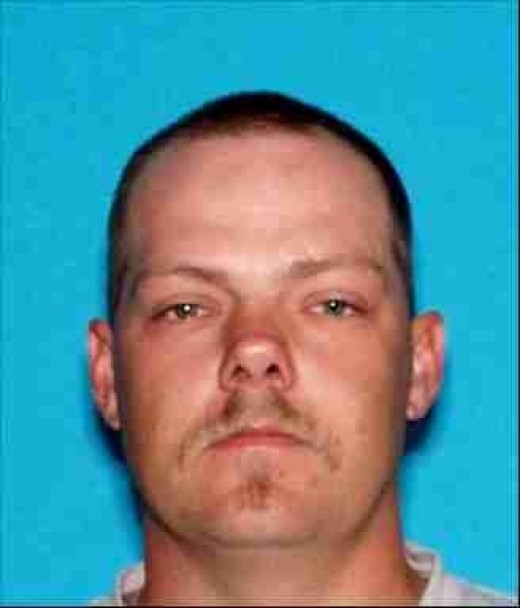